Creating The McDonald’s Of The New Millenium 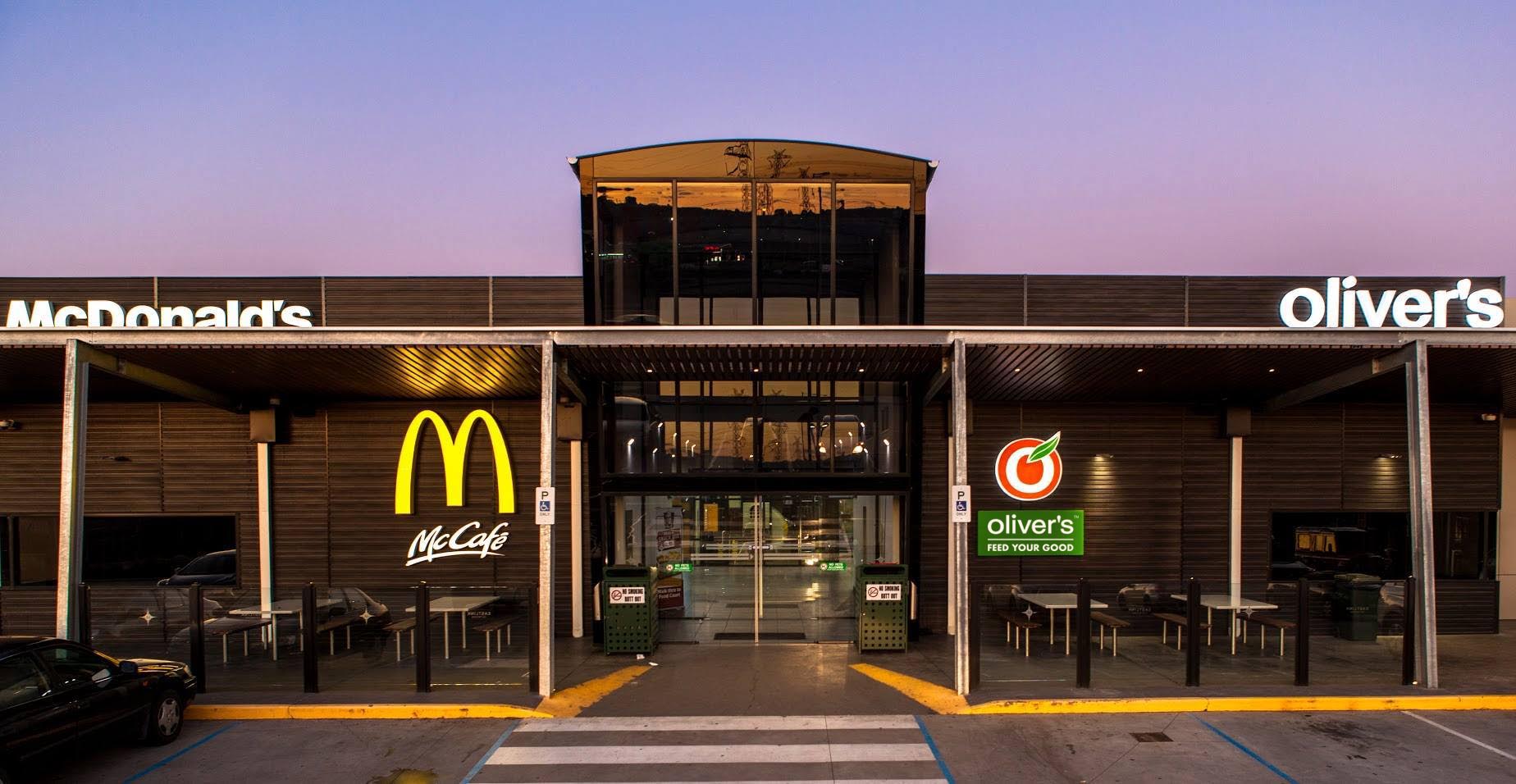 When we first met Oliver’s, they had just two ‘healthy fast food’ stores located at freeway refueling areas on either side of the M1 Freeway north of Sydney. Offering a new healthy alternative to the usual hamburgers, fried chicken and greasy chips that travellers have come to expect from roadside locations which have been dominated by fast food giants for decades, we quickly knew we had an opportunity to help create something special… the McDonald’s of the new Millennium.

In the two years since we started working with Oliver’s they’ve been able to expand rapidly both nationally and abroad with overall revenue across their now twenty stores increasing by 19% and the company on track to IPO in 2016. This is how we’ve helped Oliver’s achieve such phenomenal growth to date…

We developed the purpose based creative brand platform of ‘FEED YOUR GOOD’ that positions Oliver’s as not only the providers of fresh, organic and naturally delicious fast food, but as the experts on eating and living well – a space yet untouched by any health food restaurant chain.

In doing so, we encouraged Oliver’s to sell more educational books and DVDs that promote the benefits of eating and living well in order to help people understand the WHY behind the WHAT that Oliver’s does. This in itself has produced a new and valuable revenue stream for the company. Educational materials are now a key feature in all stores.

Building a brand is the sum of everything it does. But this brand manifesto cuts straight to the heart of it and is delivered on every tray mat throughout Oliver’s stores giving meaning to FEED YOUR GOOD. 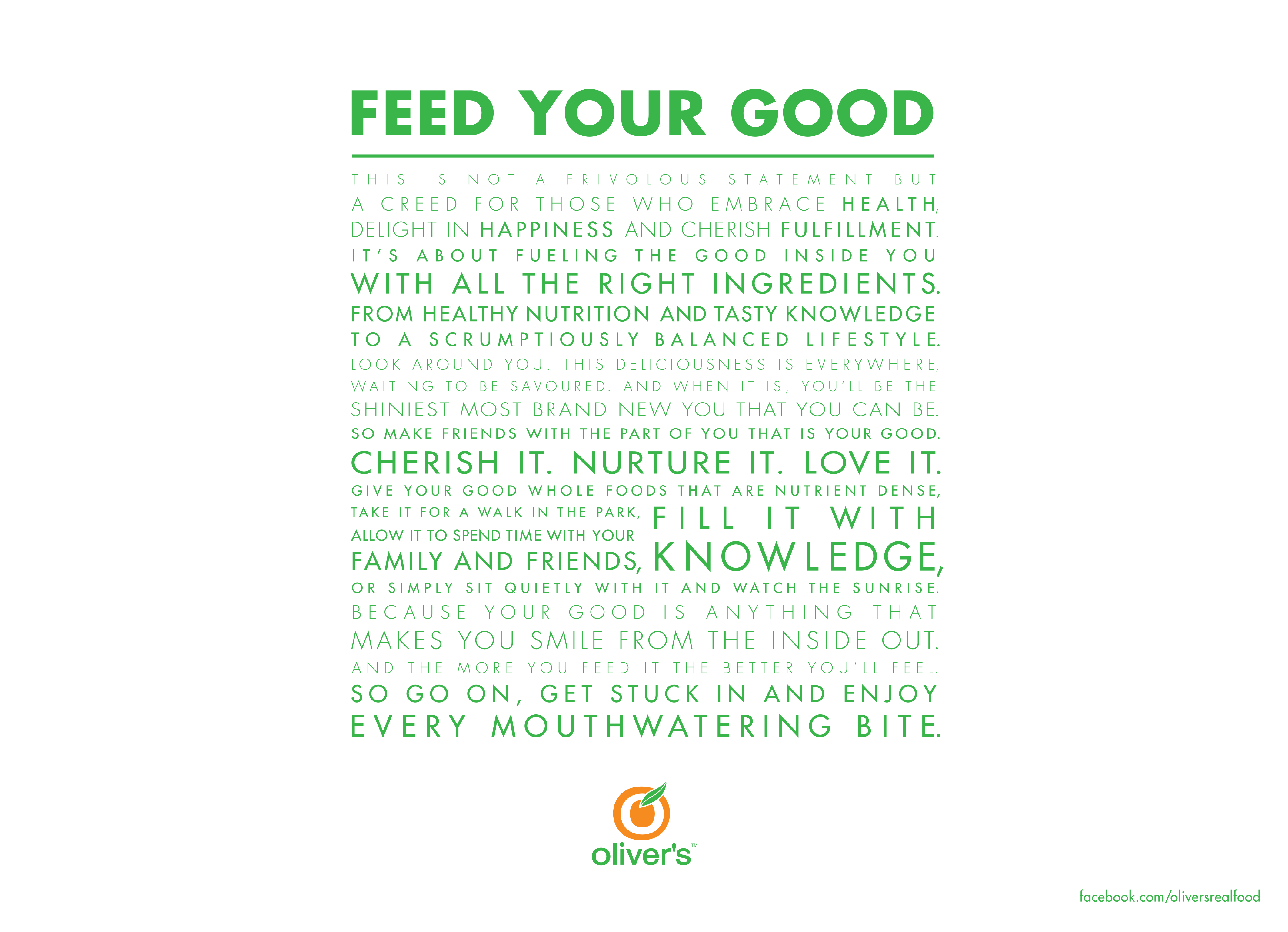 If You Want To Be Them, Challenge Them 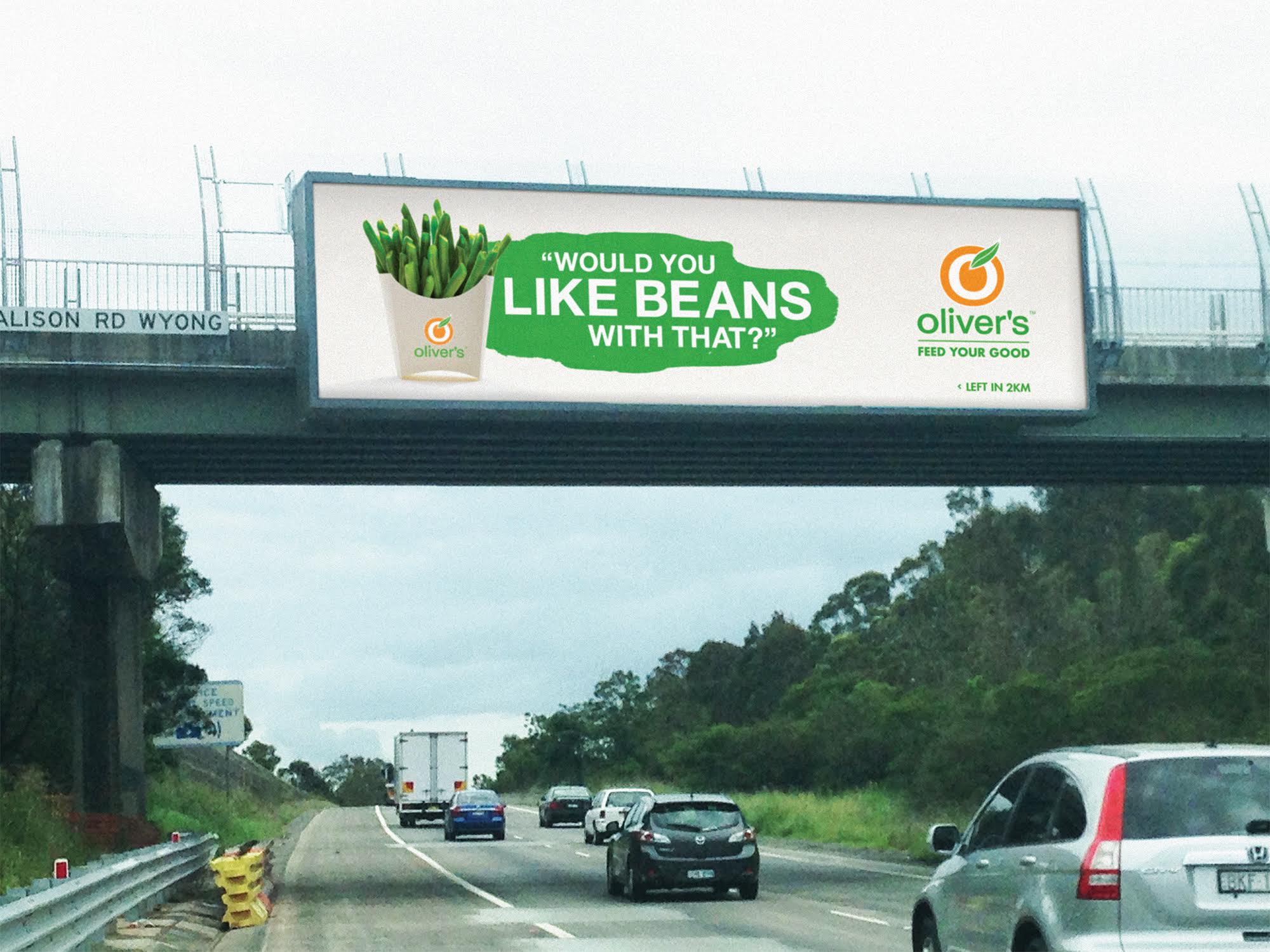 From here we created a menu initiative that has defined the Oliver’s business in the minds of the public, challenged fast-food competitors and continues to create substantial value. 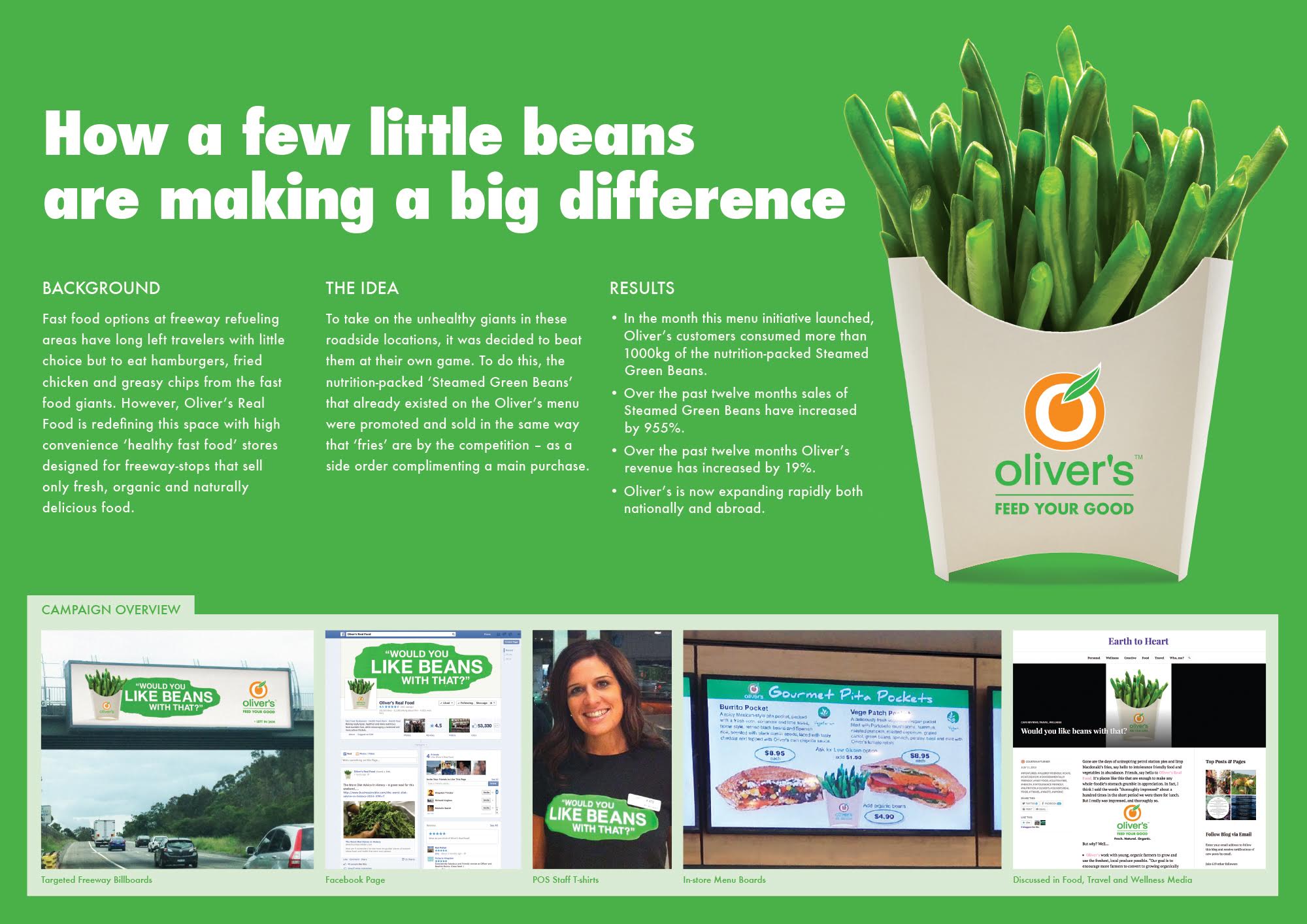 Winner Best “Better For You” Initiative At QSR Awards

‘Beans’ creative was awarded ‘Best “Better For You” Initiative’ at the 2014 QSR Awards (Quick Service Restaurant) ahead of the likes of McDonald’s, KFC, Hungry Jacks and Subway. This accolade captured the attention of global investors, which has contributed to the rapid expansion of Oliver’s both in Australia and abroad. 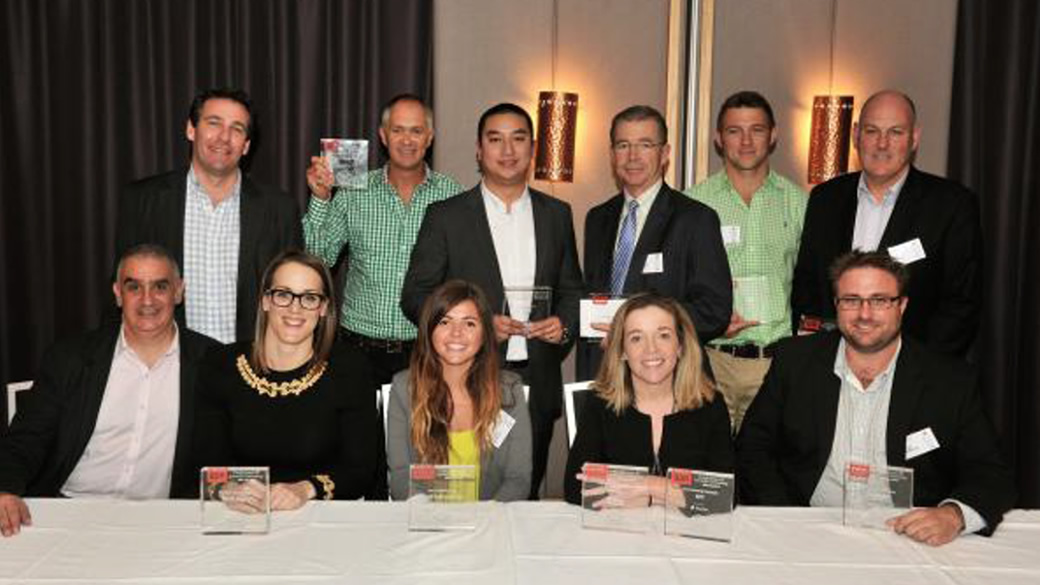 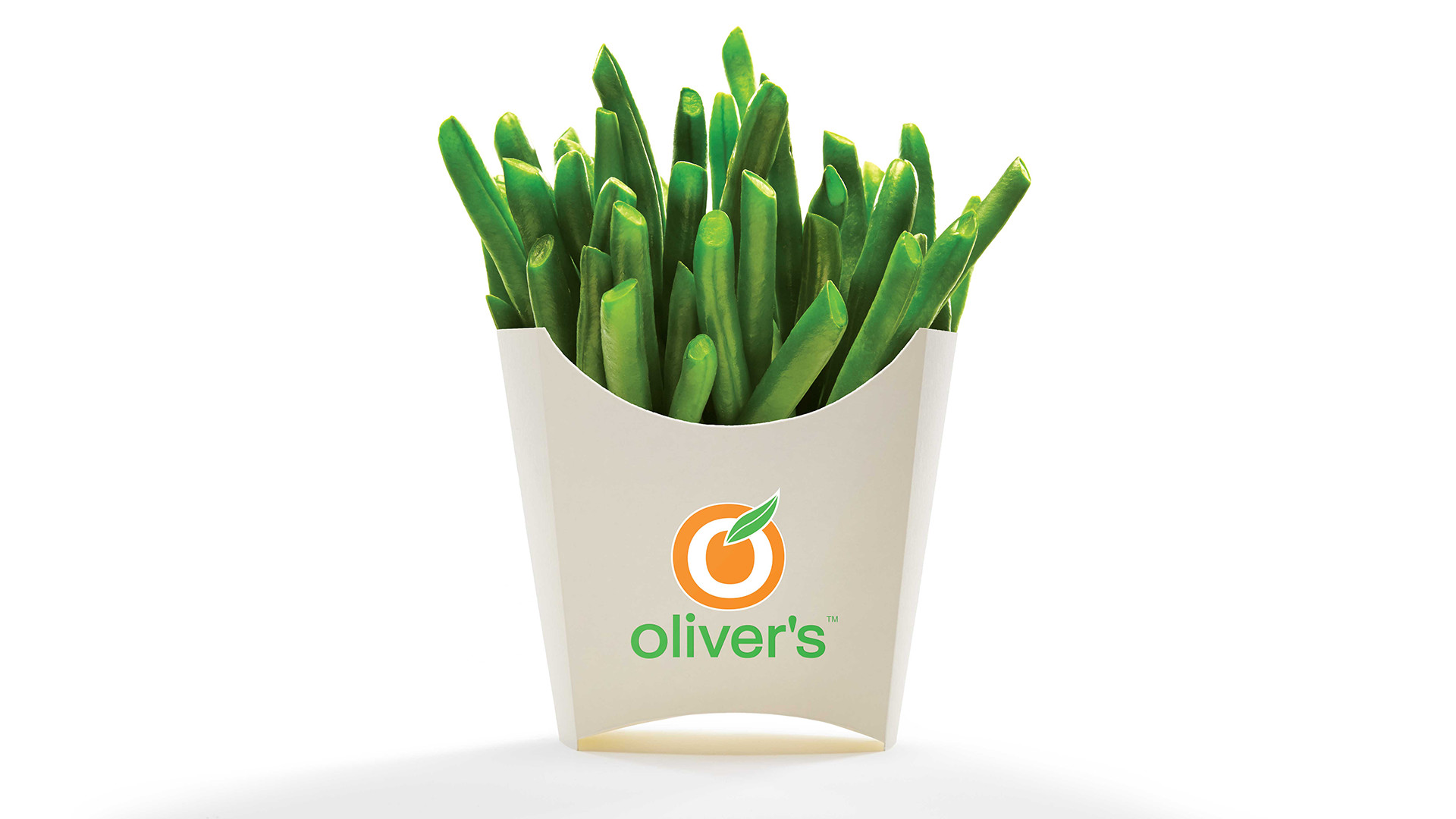 The Australian Press Comments On Our Impact On Oliver’s

In keeping with the purpose of the brand, a summer promotion based around a way of ‘living well’ was created to increase awareness of Oliver’s. Using facebook, people were encouraged to like the film ‘SHAPED FOR GOOD’ to win 1 of 5 custom surfboards over the five hottest months in Australia.

Winners Can Watch Their Board Being Made

The lucky winners found a unique URL written on the bottom of their new surfboards where the specs are located that allowed each of them to see their actual board being made. 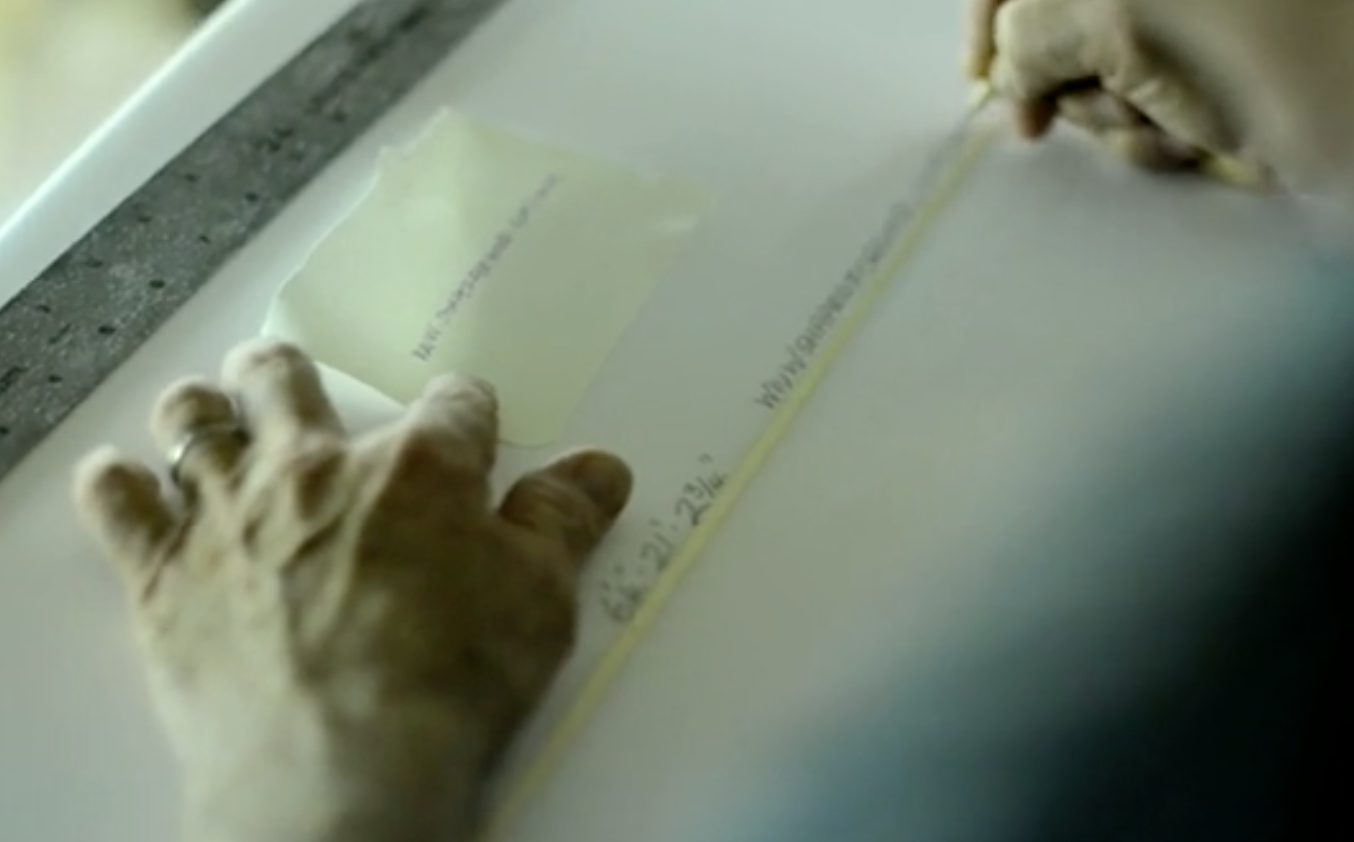 Each individual film was shared by the five winners across their own social media platforms with the idea going on to garner much attention amongst the large surfing community of Australia. 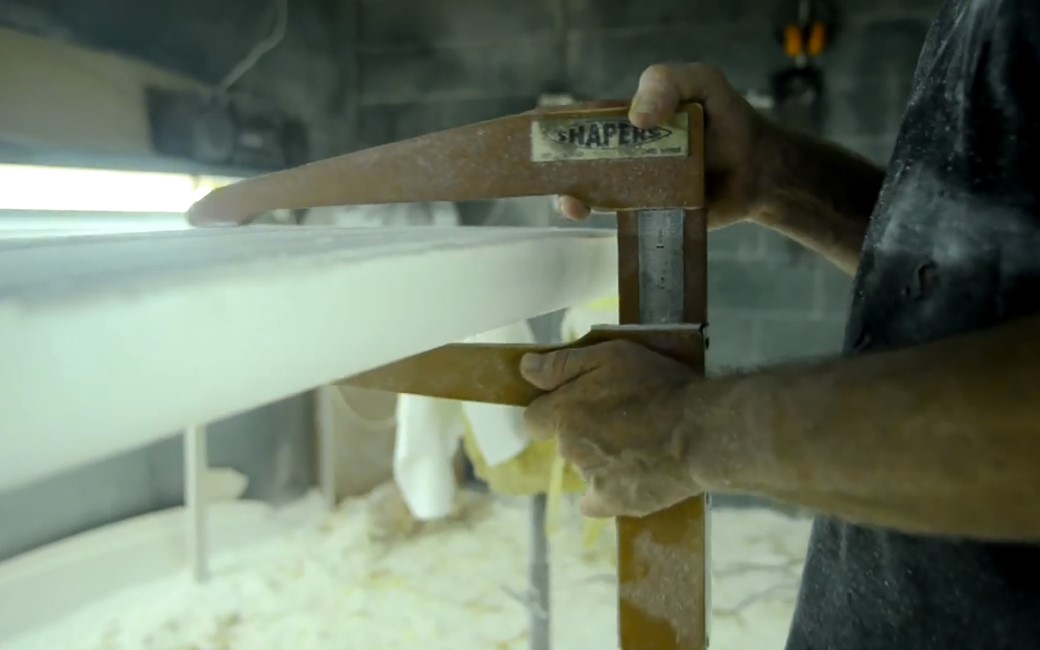 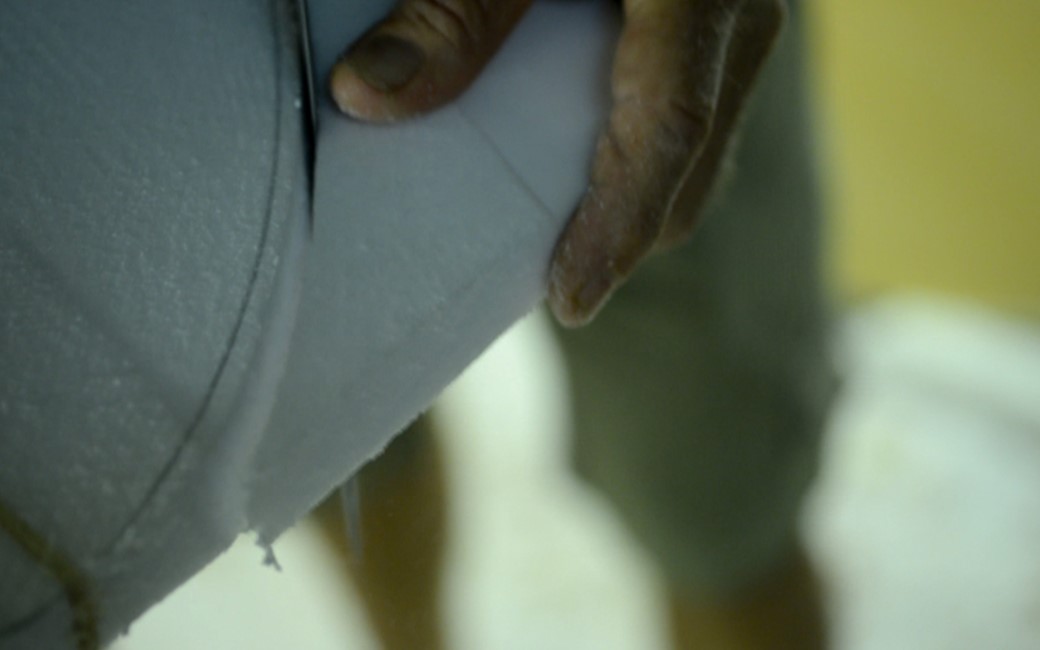 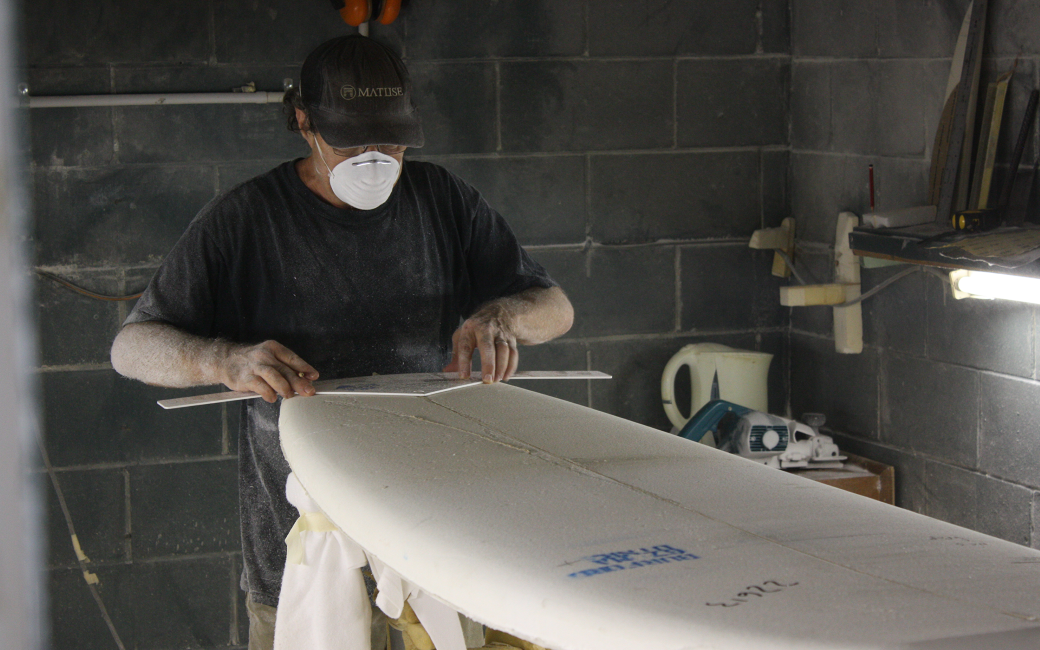 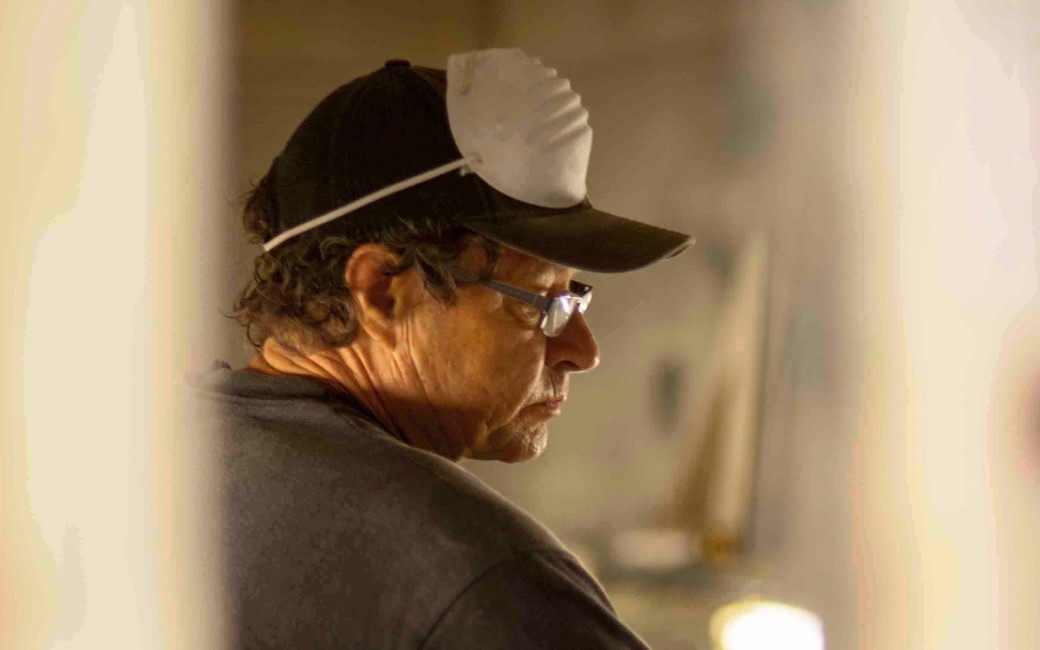 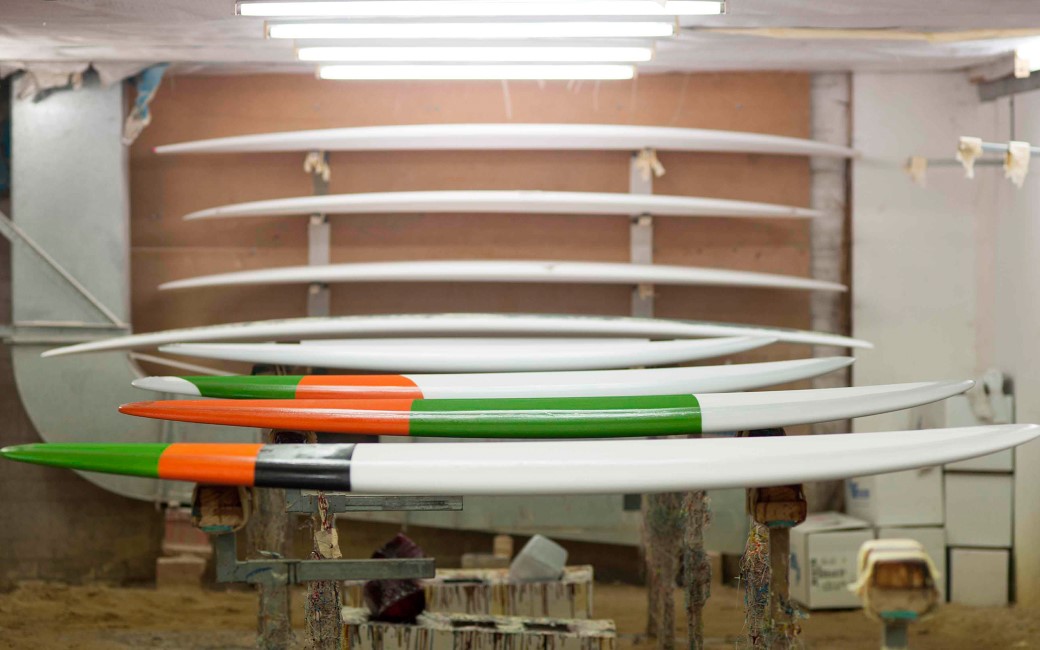 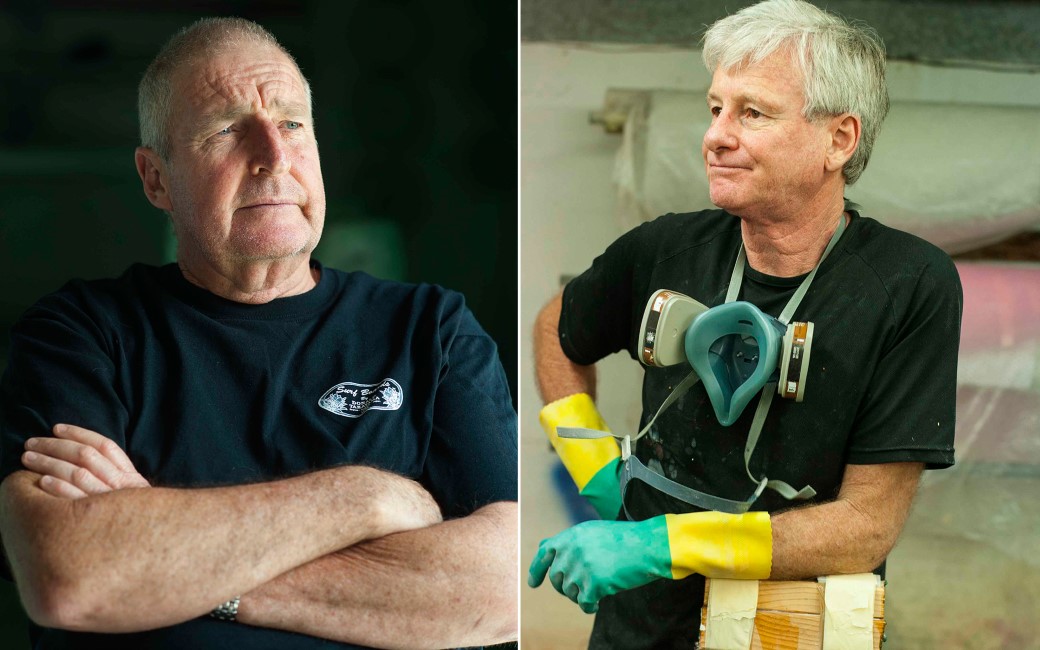 As Oliver’s expands rapidly, we’ve worked closely on every part of the brand experience including store design to ensure their purpose is relevantly communicated in everything they do. 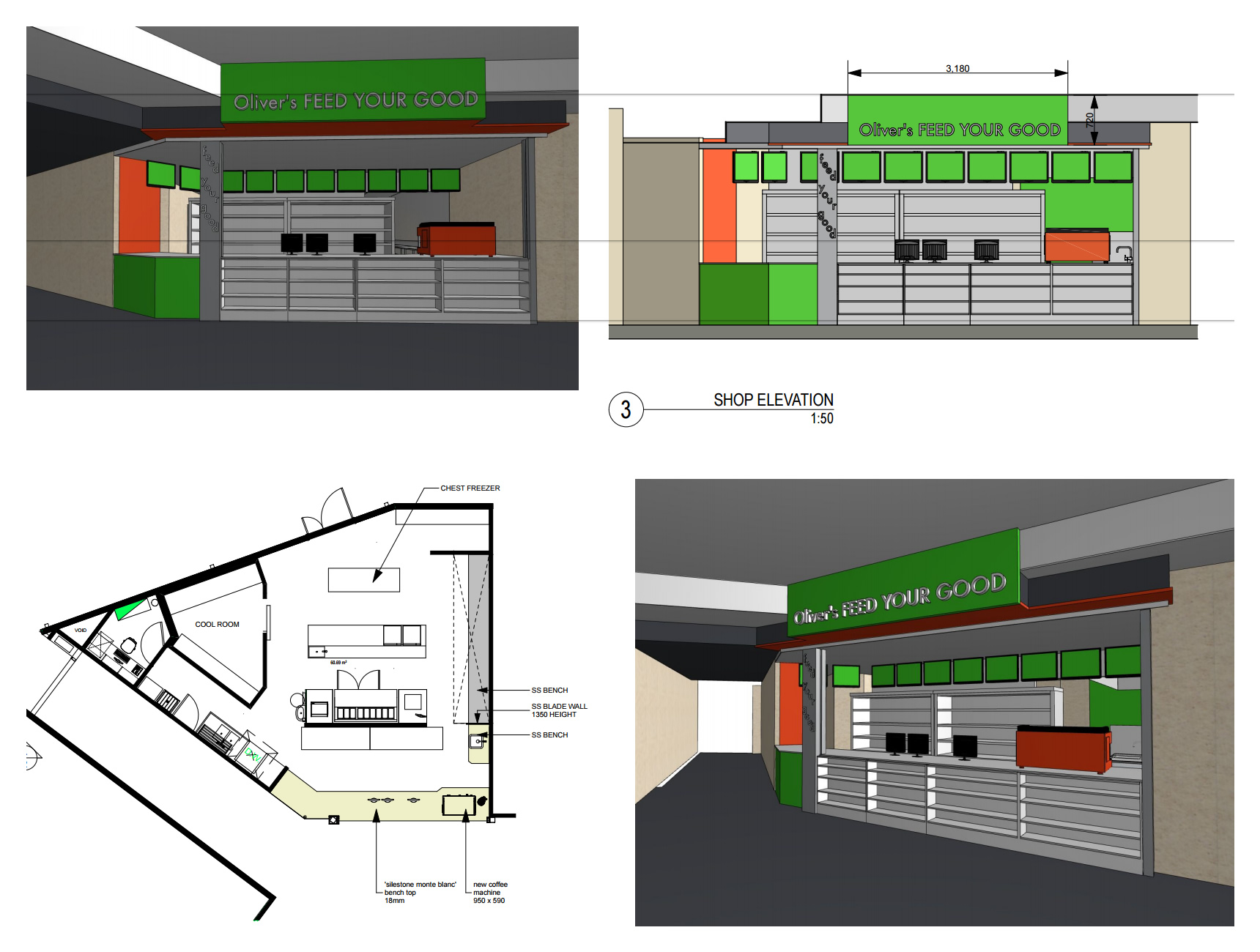