Giving A Piece Of Technology A Human Heart

When we first met Dimmi, they were five years old and already the largest online restaurant booking-engine in Australia. With partnerships that saw their technology as the driving force behind some of the biggest platforms, companies and restaurants in the country including Qantas and Google, the business had experienced quick success. But with the threat of global competition entering the market, Dimmi had a big problem… the public had no idea who they were.

So we dug deep to understand the company, and what we found was that this giant piece of technology had a very human heart. And by unleashing its meaningful beat into the world, people have begun to fall in love with the brand and increasingly come to know and use Dimmi’s online booking platform, creating important commercial value that not only helped secure the company’s purchase by TripAdvisor in 2015, but also continues to further grow market share. This is how we’ve helped Dimmi achieve such large-scale success to date… 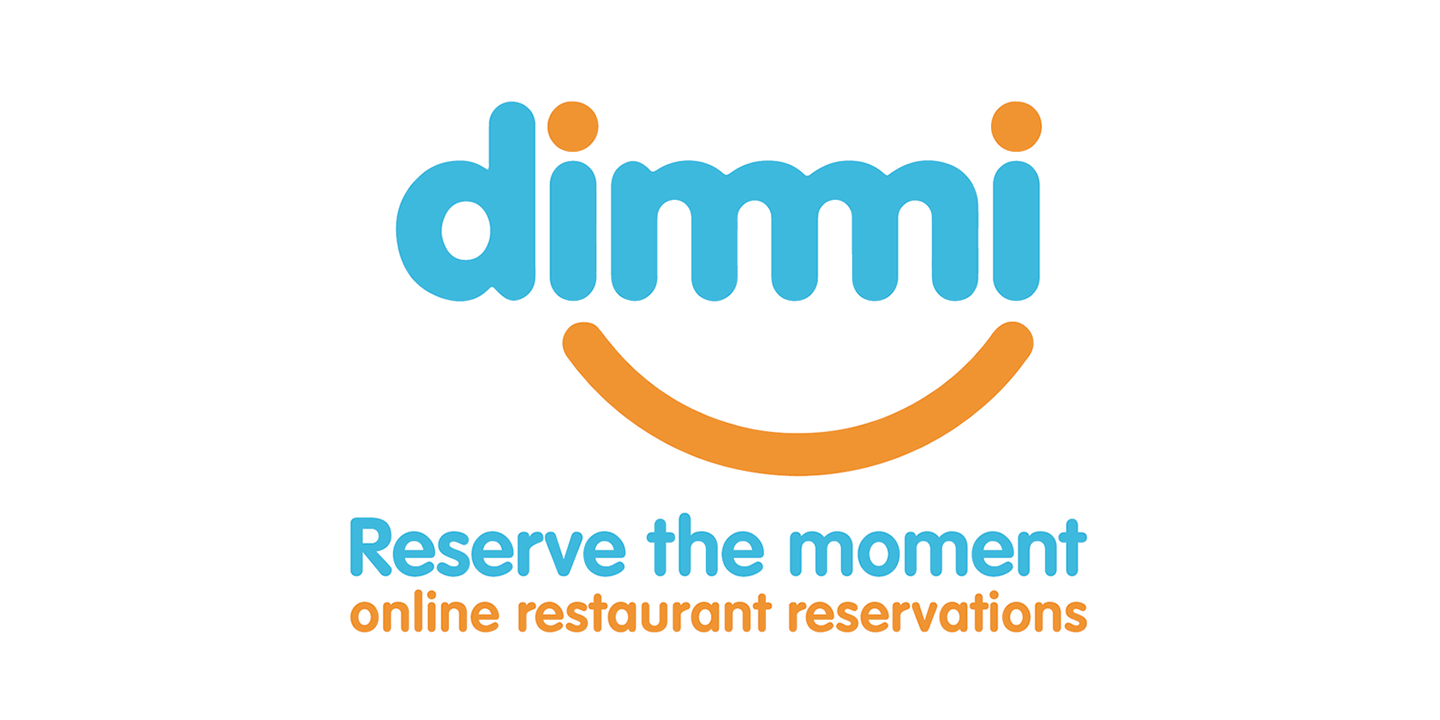 We developed the purpose based creative brand platform of ‘Reserve the moment’ that positions Dimmi as not only a useful piece of technology that allows people to book restaurants online, but more importantly as the facilitators of life’s moments – a space authentic to the founding pillar of the company.

This piece was created early on and used to put a quick stake in the ground both externally and internally through press and digital media. Since then, it continues to be a significant guide for Dimmi’s staff and also helps inform the development of all brand behaviour. 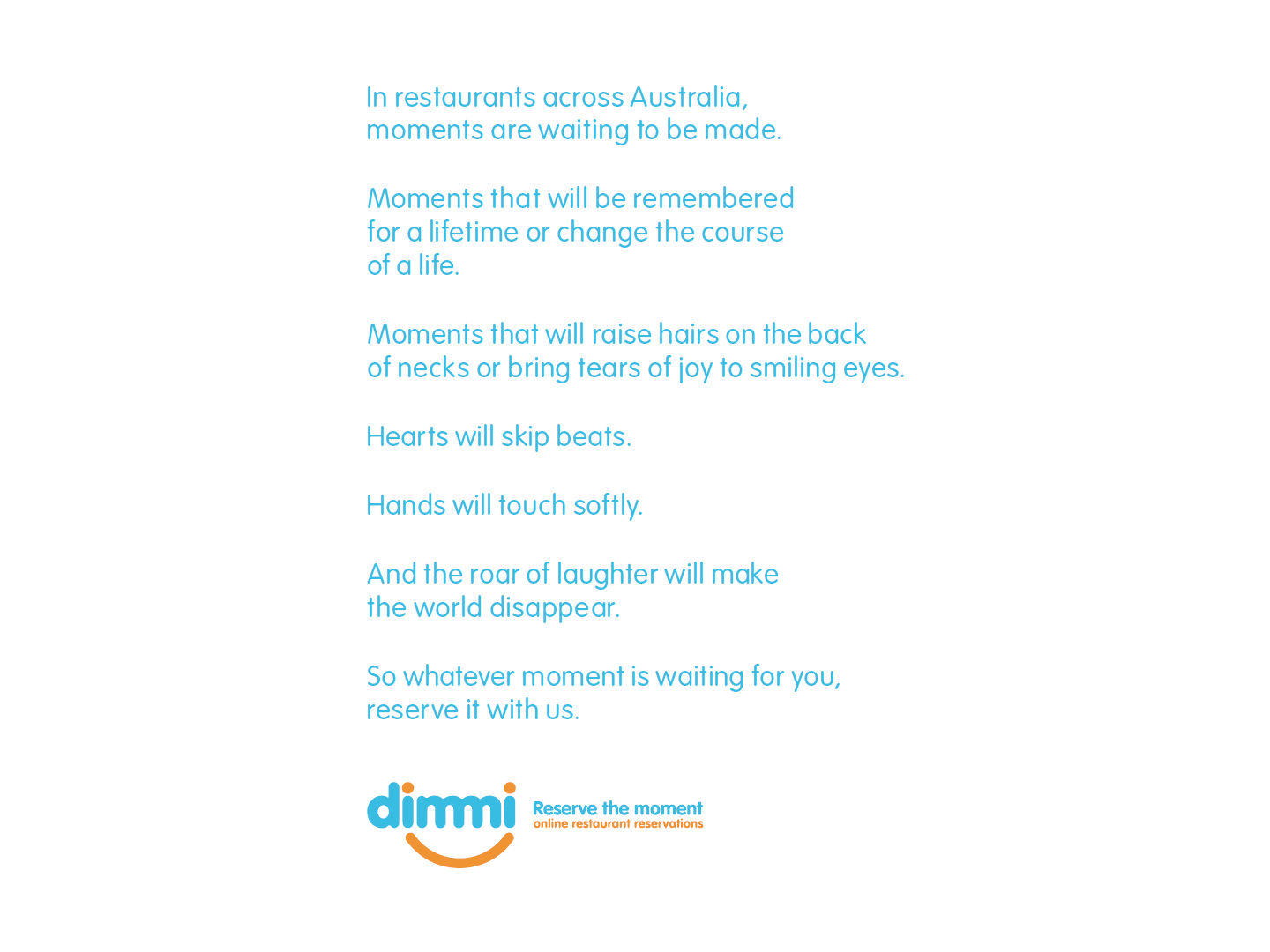 To build early awareness of the brand and its purpose amongst Australian foodies, this activation took place at the country’s most popular food event – TASTE, where we showcased one of the millions of moments that Dimmi helps facilitate. Filled with hundreds of real butterflies, a large portion of the 50,000 event goers merged their excitement with their smartphones and social media to spread Dimmi’s purpose far and wide… 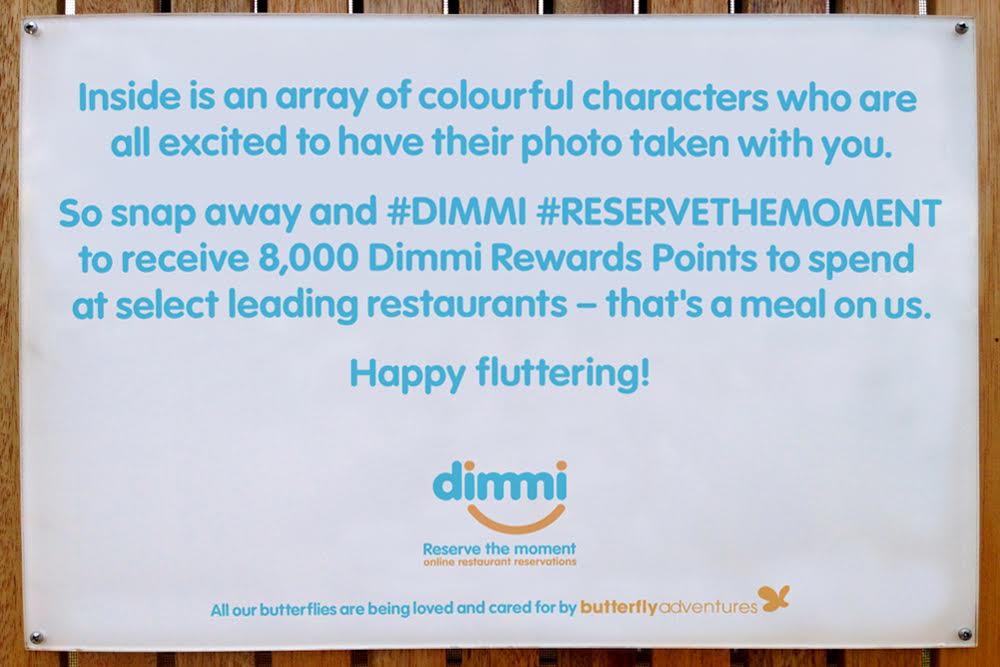 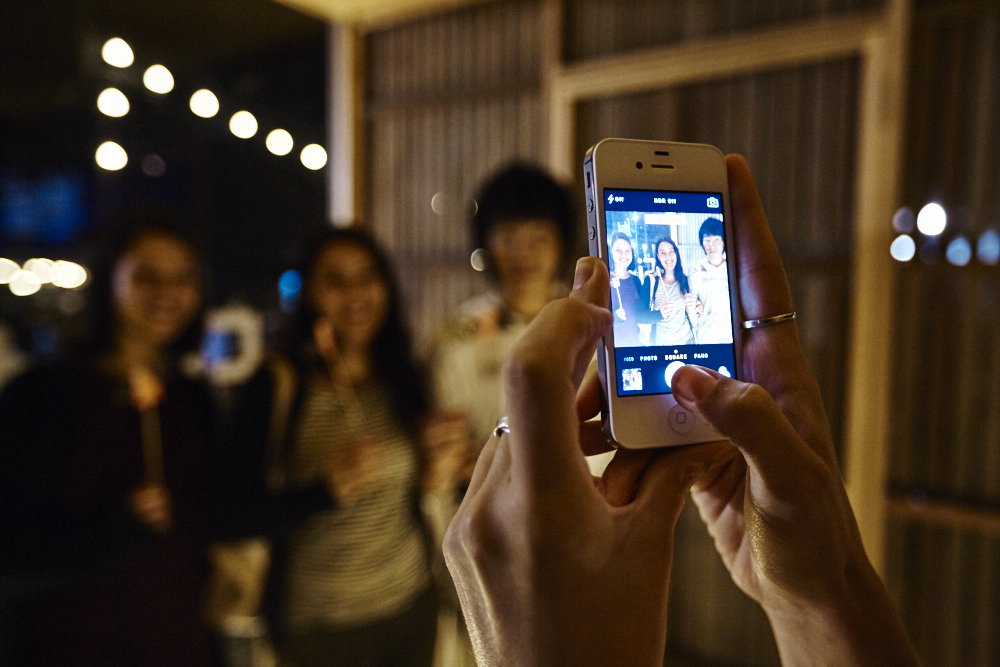 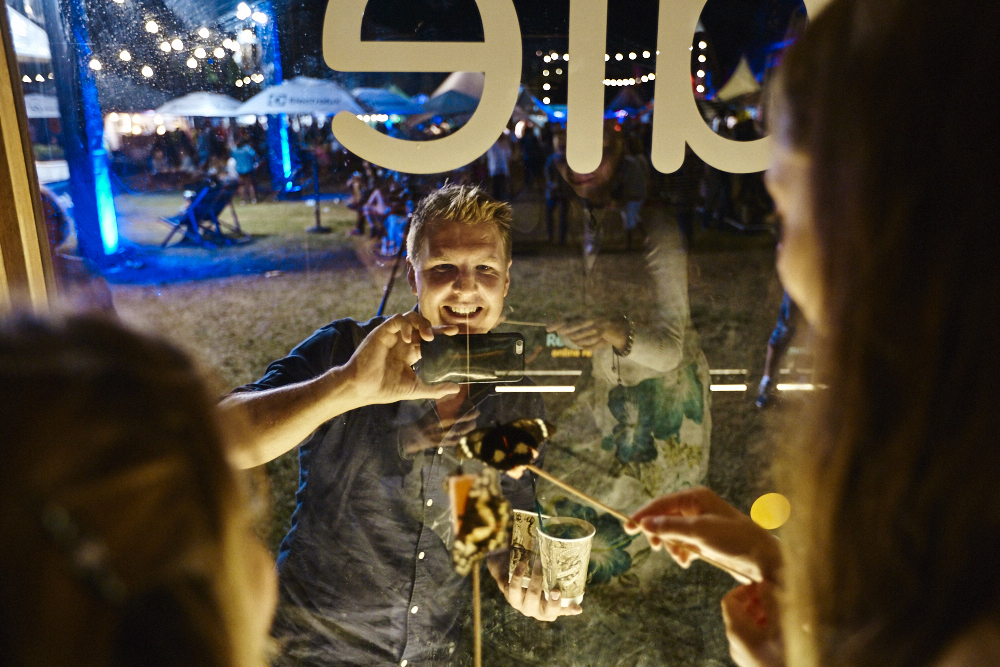 Dimmi’s ‘First Date Butterfly House’ became one of the most talked about features at TASTE 2015. And it didn’t take long before the highest rating show on Australian television approached us to use it as the setting for a 3-minute long feature date in ‘The Bachelorette’. 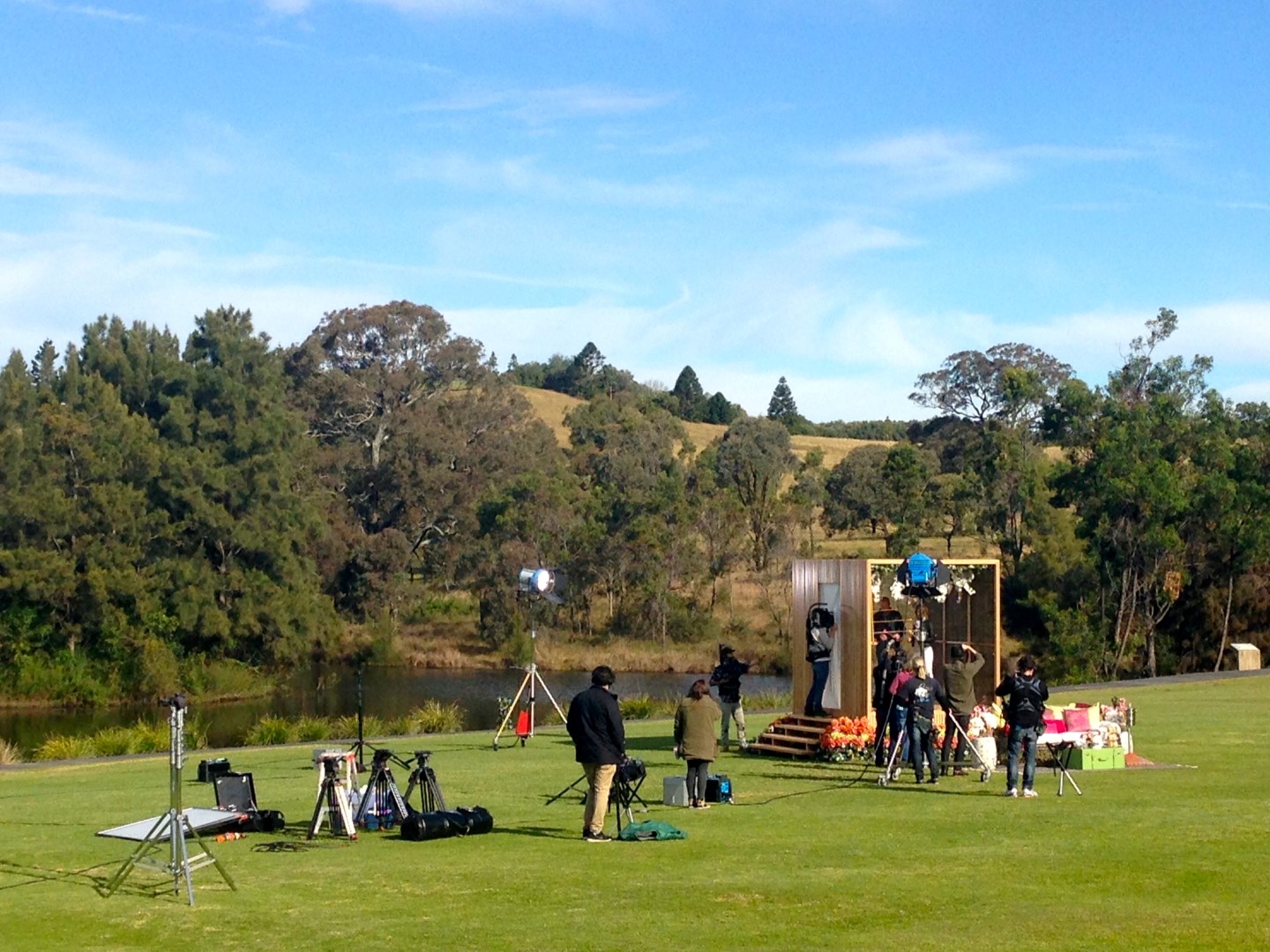 On location of The Bachelorette Australia 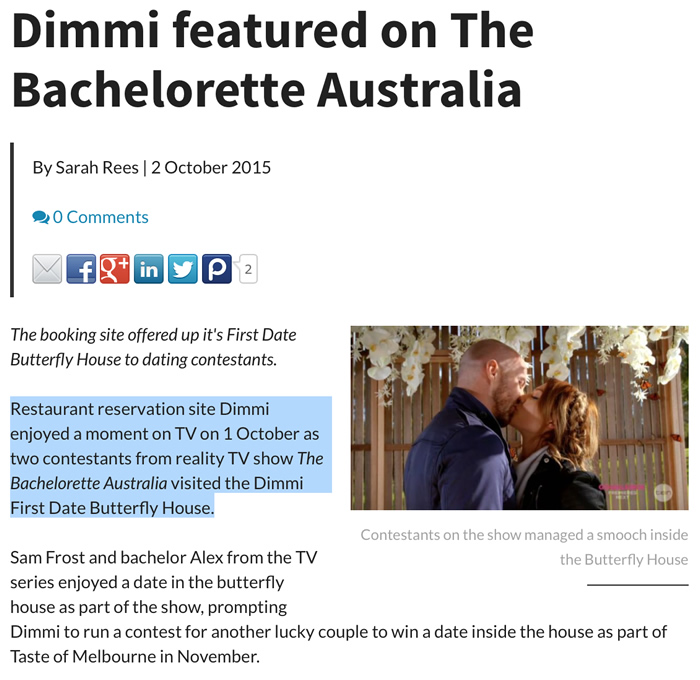 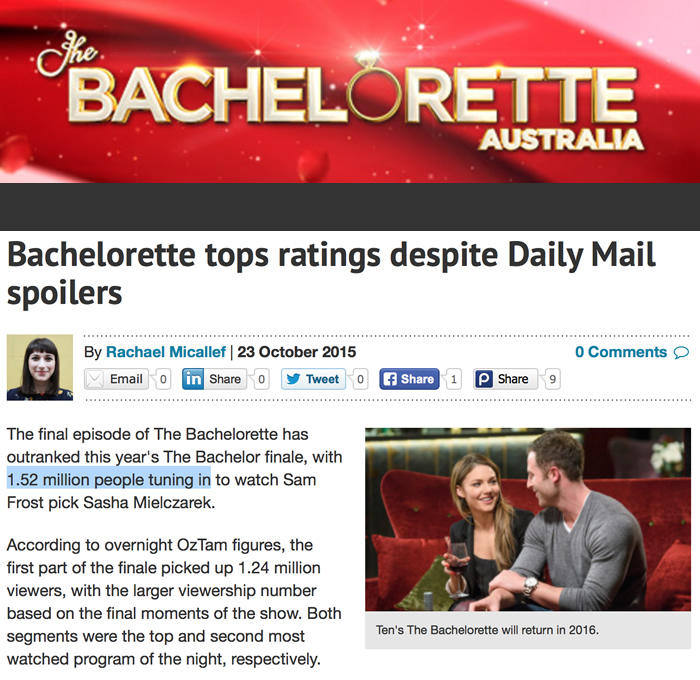 In keeping with the purpose of the brand, we created a week-long promotion that offered price specials at a range of top restaurants across Sydney and Melbourne with the intention of reaching new users and increasing brand awareness by helping facilitate as many moments as possible; particularly those that may not see the light of day due to cost or convenience. All people had to do was make their reservation using Dimmi!

To help increase awareness of Restaurant Week, we deployed the ‘Dimmisine’. A cost effective mobile billboard that chauffeured Dimmi diners to and from their selected restaurants, ensuring that people’s moments were extra special and that Restaurant Week was a huge success. 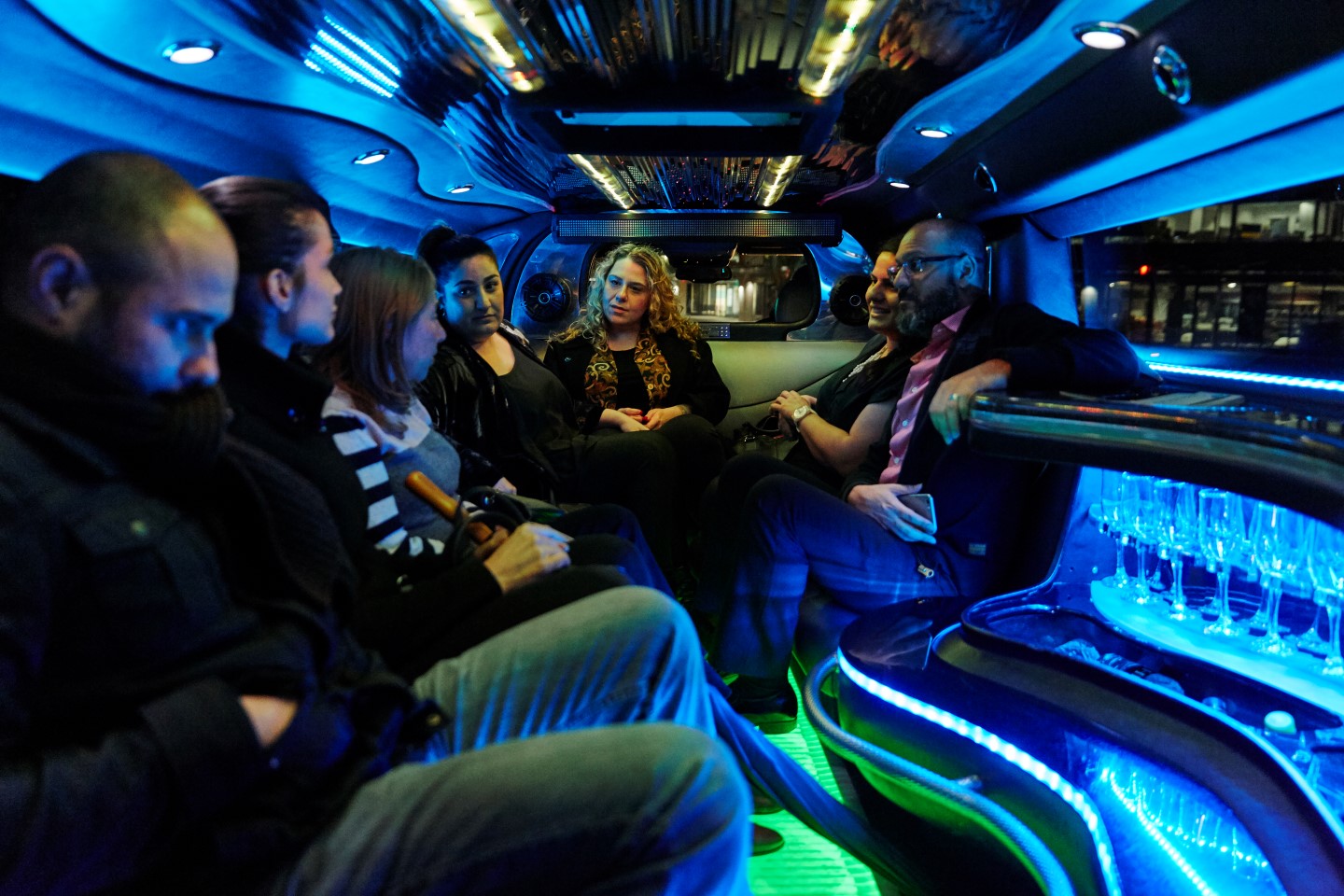 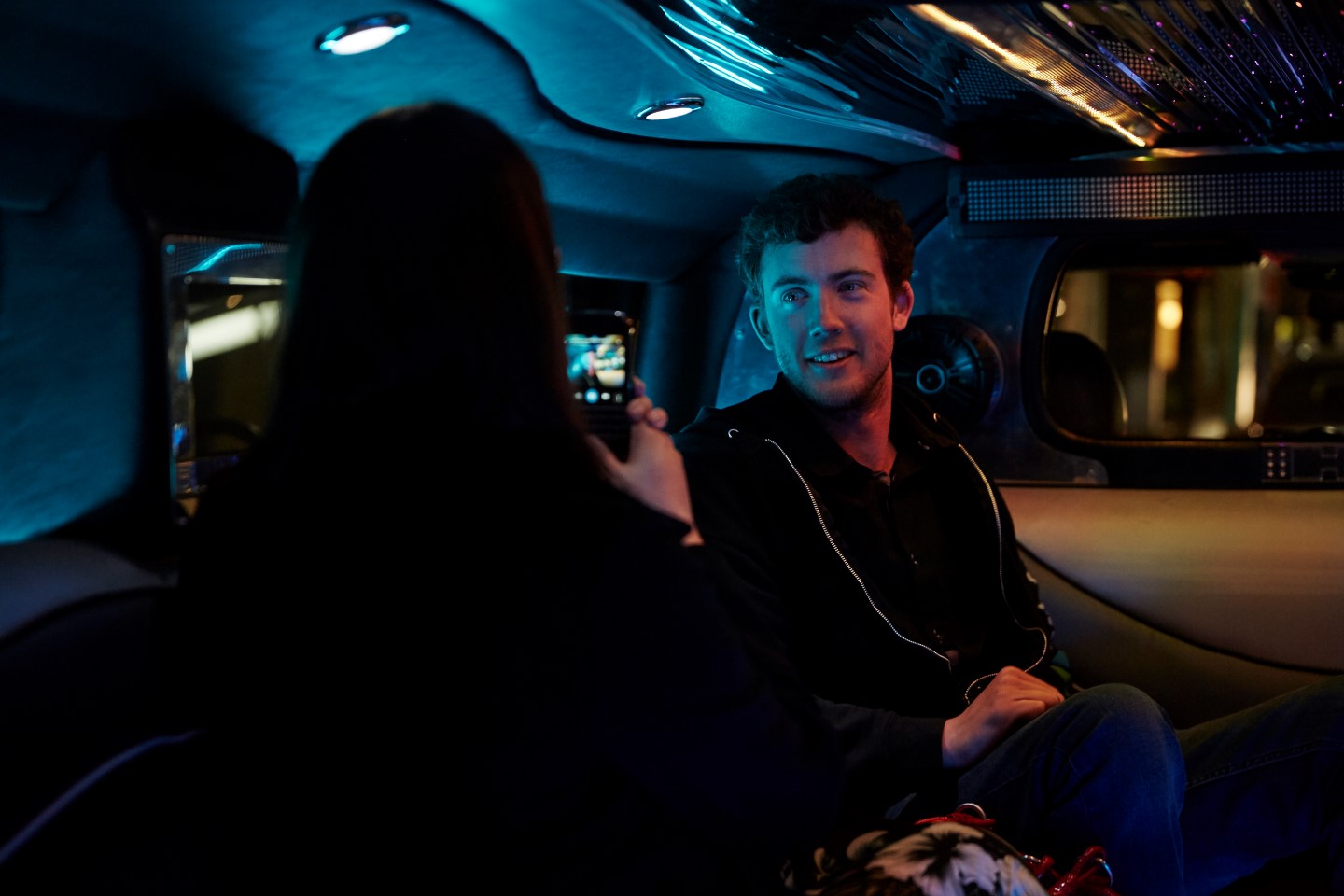 We supplied Dimmi affiliated restaurants with branded tablecloths that encouraged Dimmi diners to express the moment they were having by writing and drawing on the tablecloths themselves. What came back were 53 individual moments that were then showcased at the busiest CBD train stations in Sydney and Melbourne. The film here documents the beautiful production process and is used to help define the brand’s purpose to potential new trade partners. 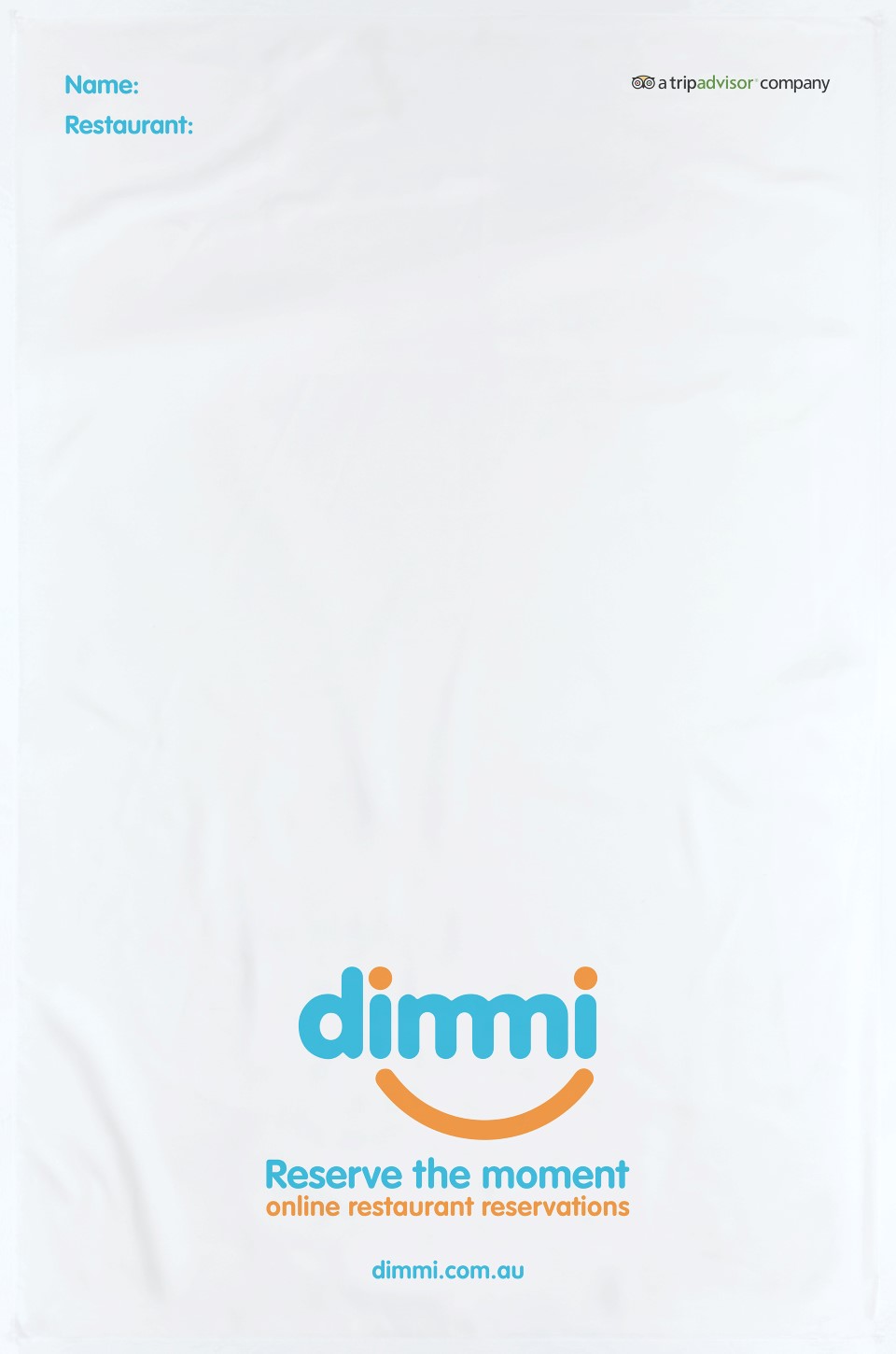 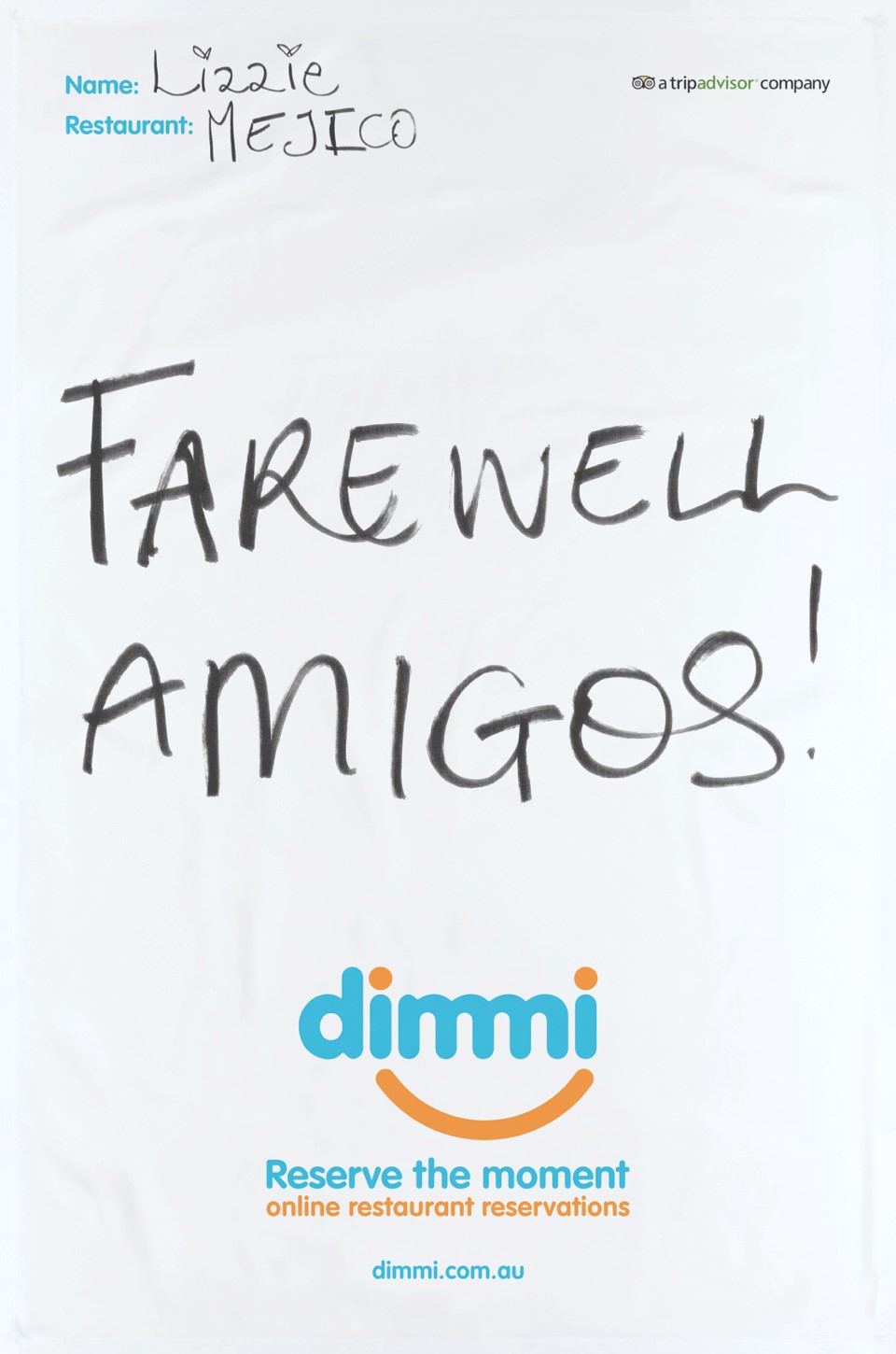 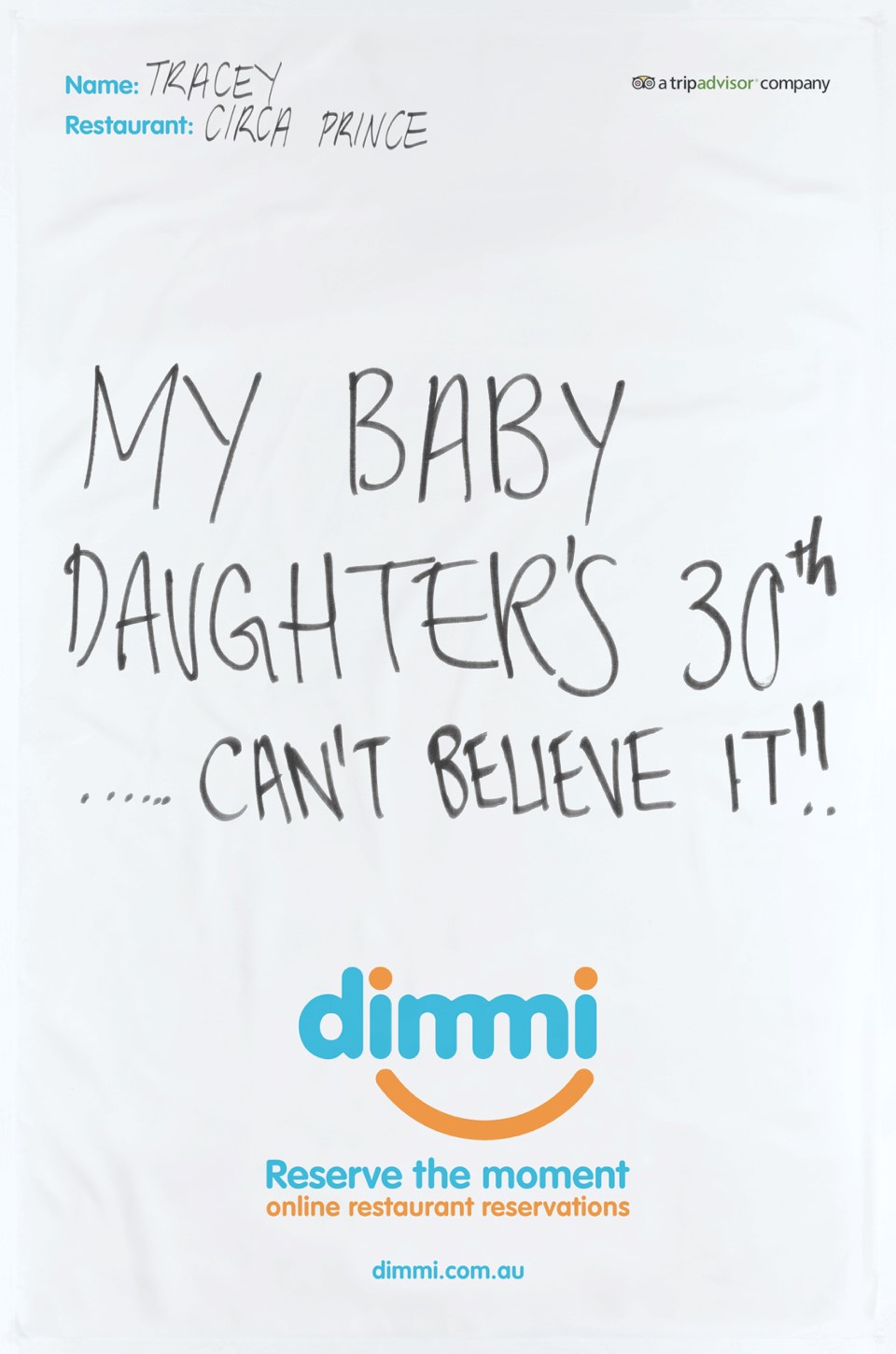 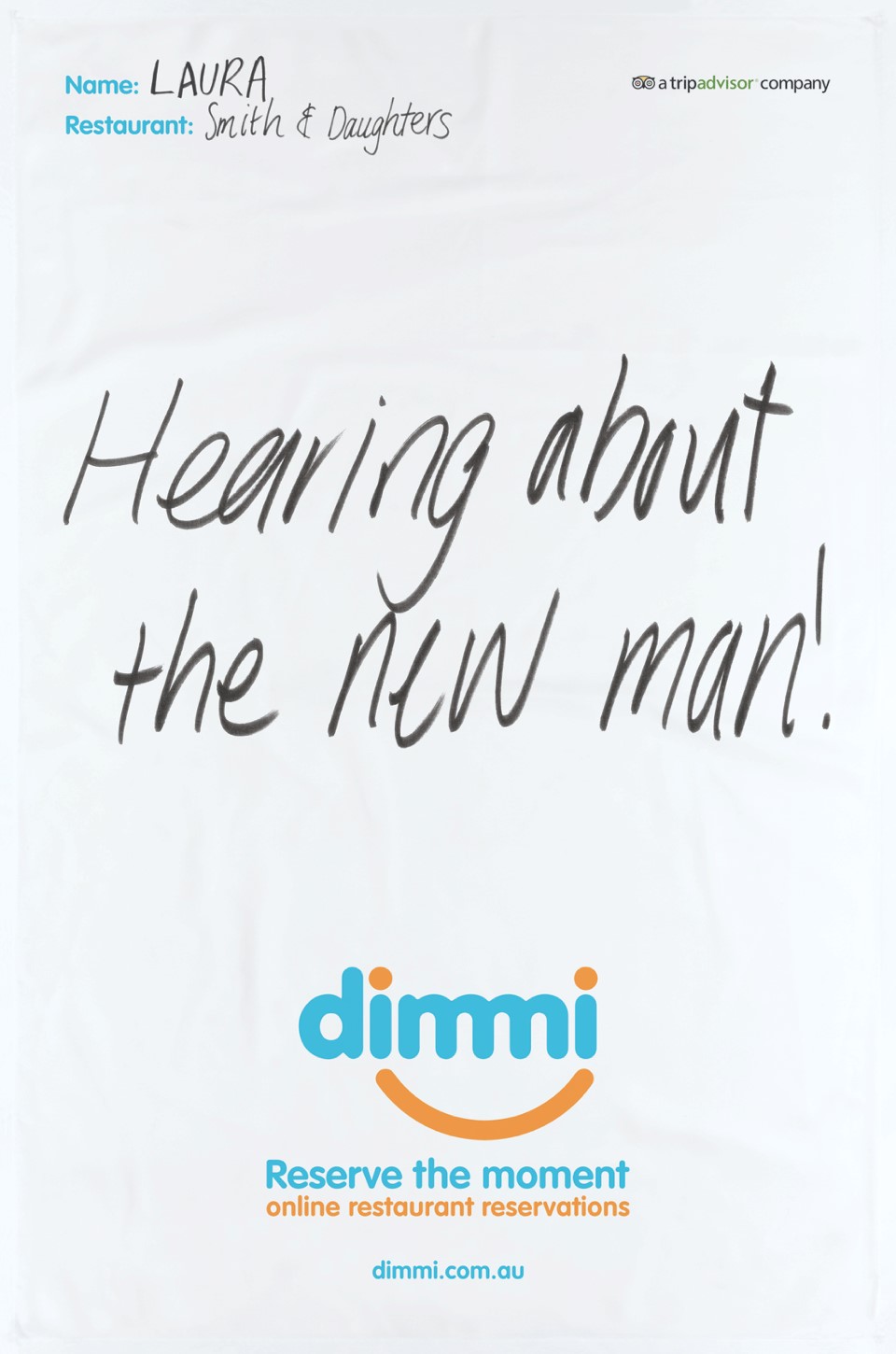 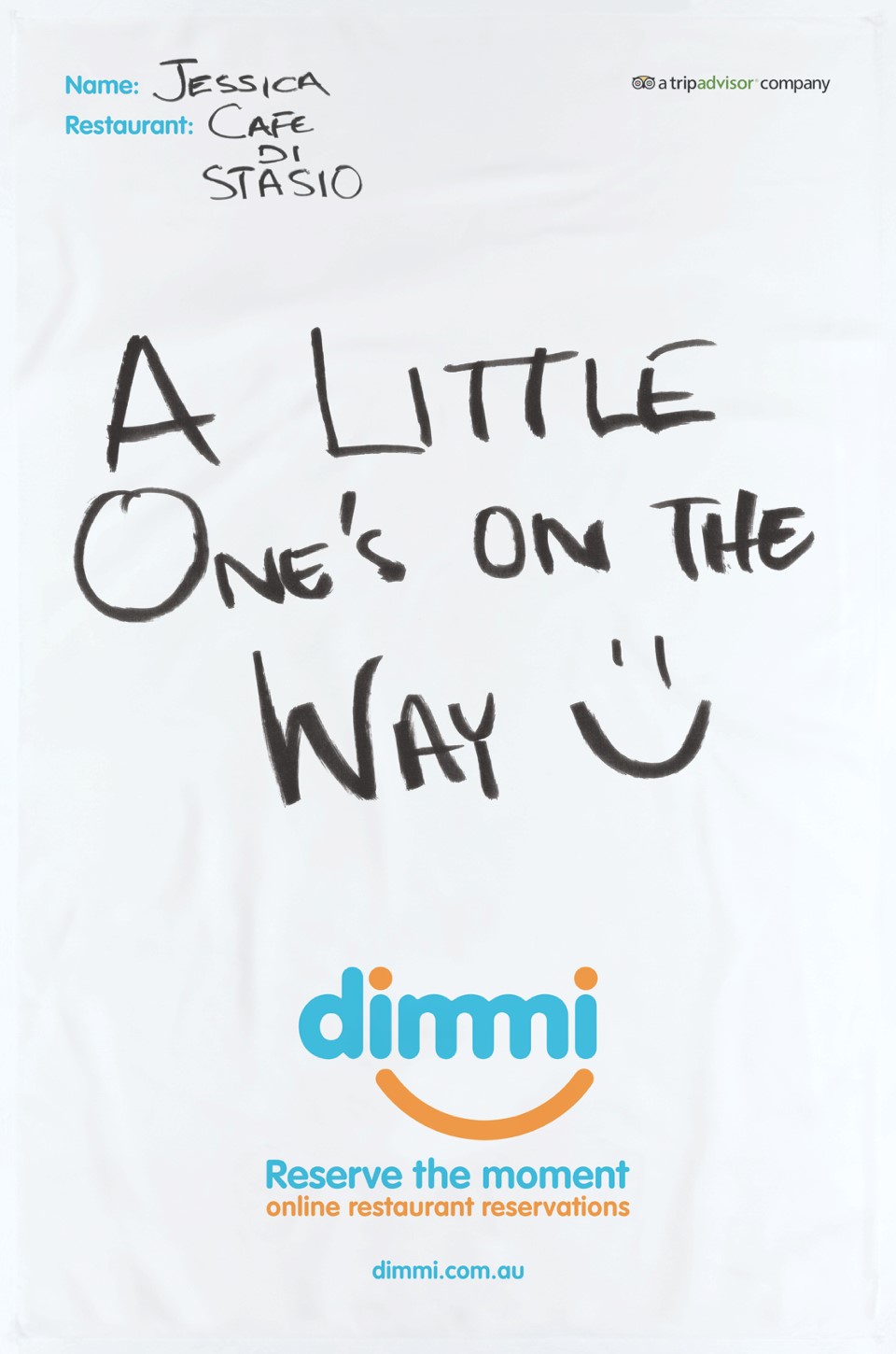 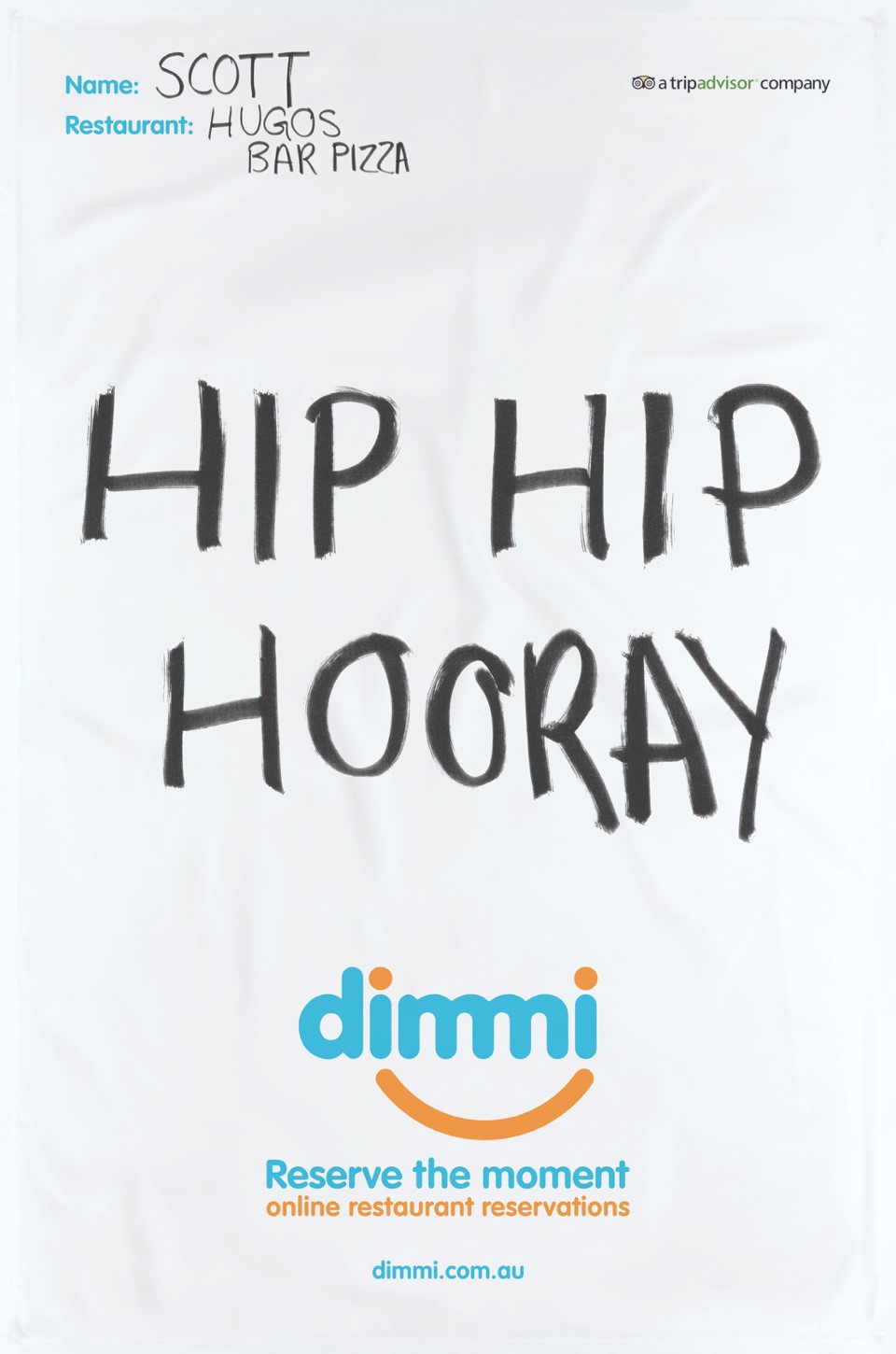 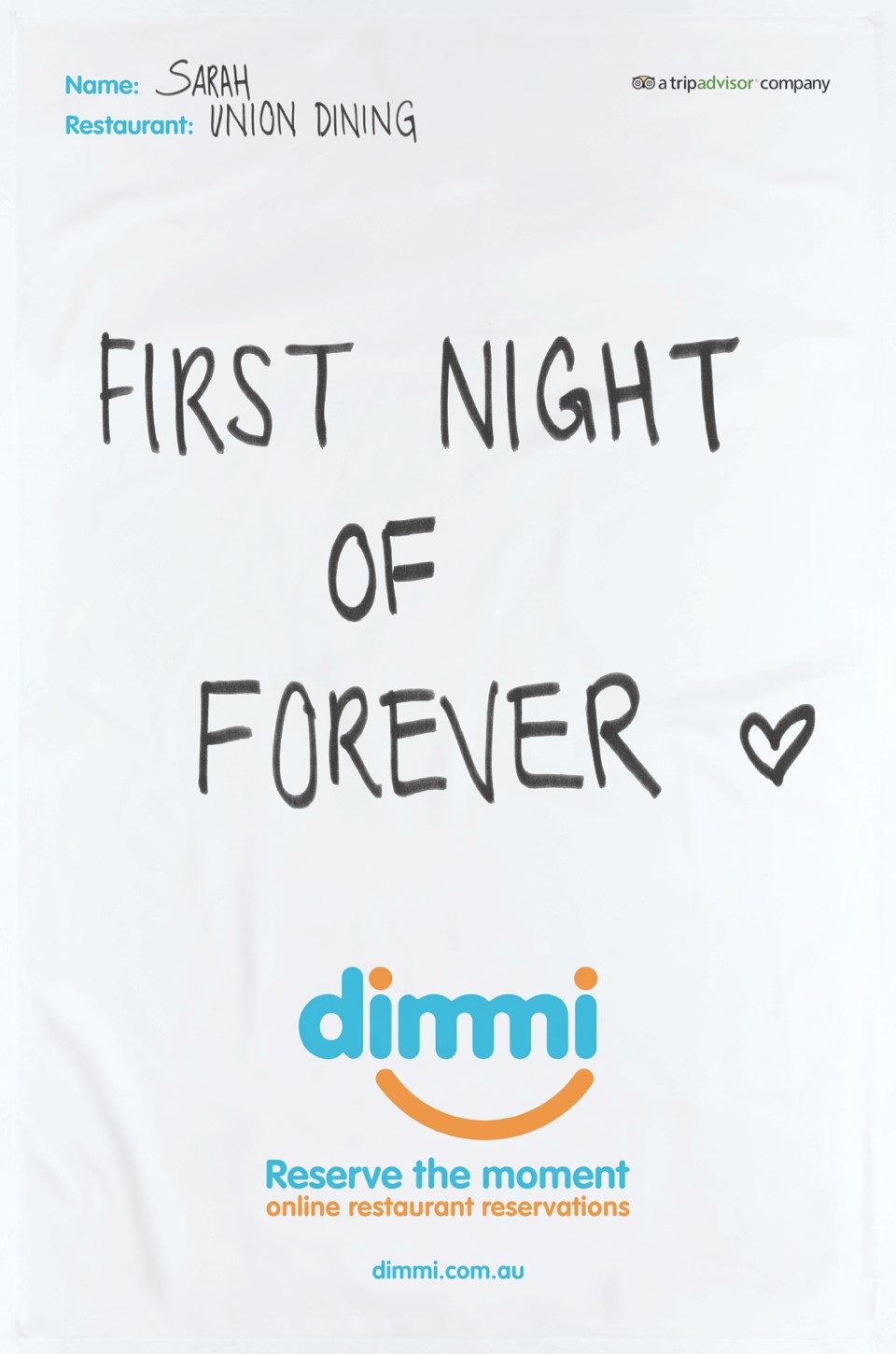 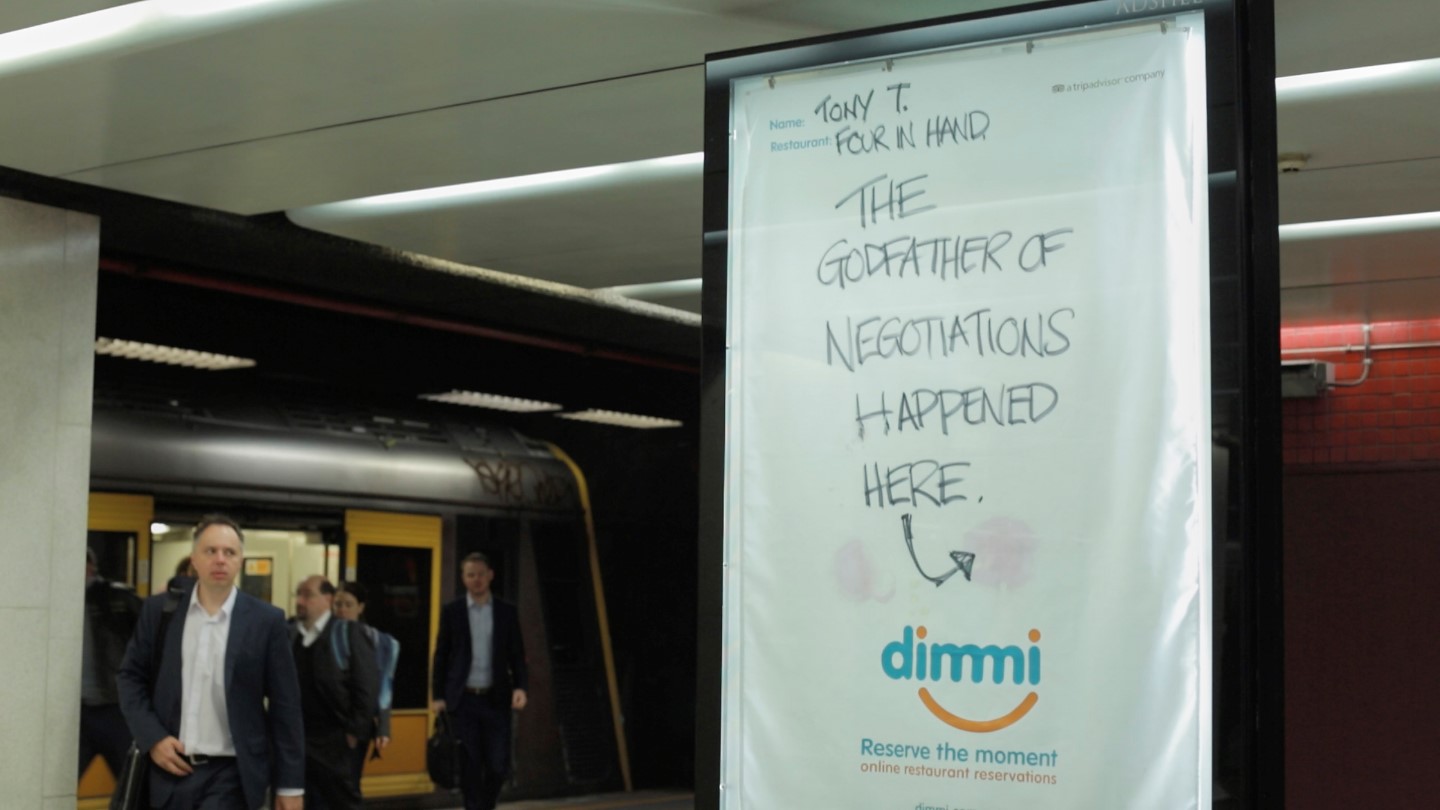 Our purpose-led branding generated commercial value that was instrumental in the sale of Dimmi to TripAdvisor in 2015. 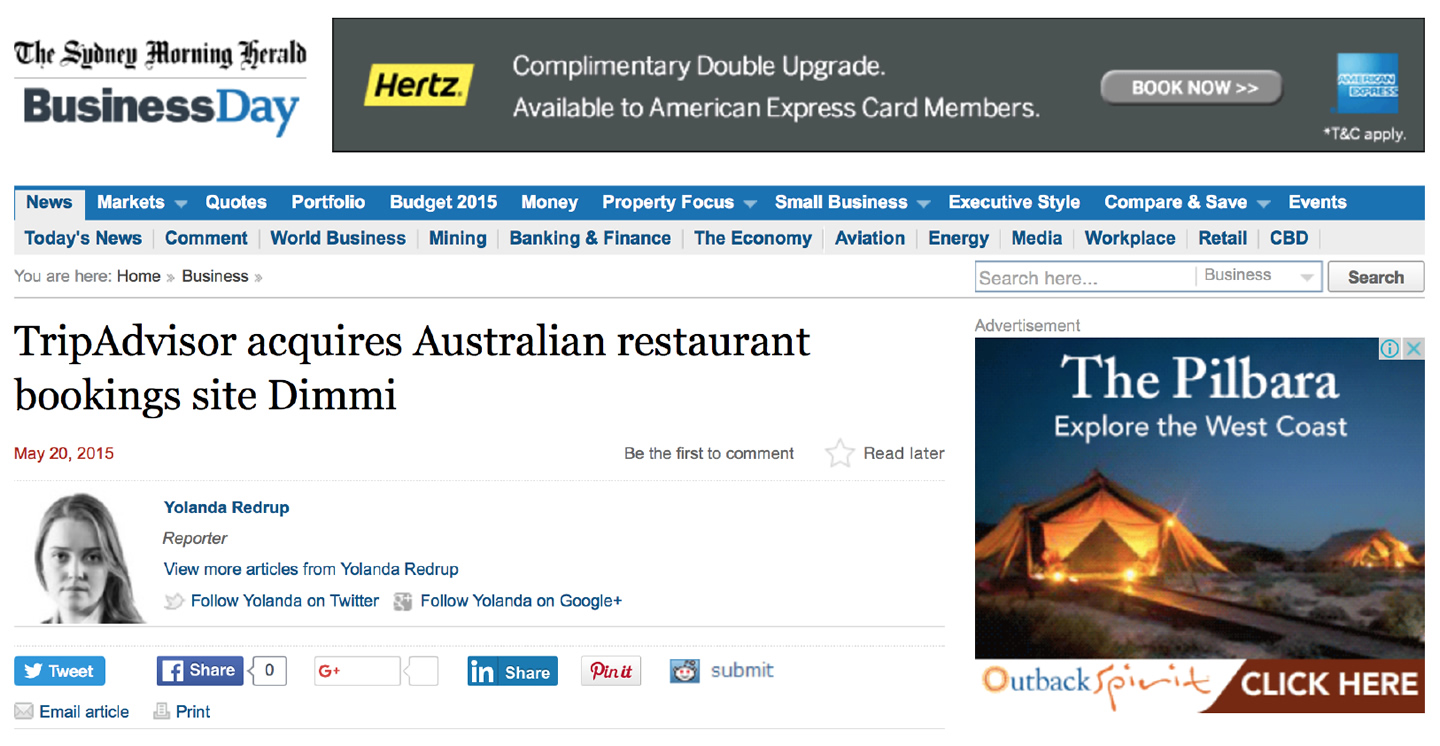 With Dimmi growing more rapidly as part of the TripAdvisor Group, we ensure that its valuable purpose is infused in every facet of the brand building process including the user experience of the Dimmi website and app. 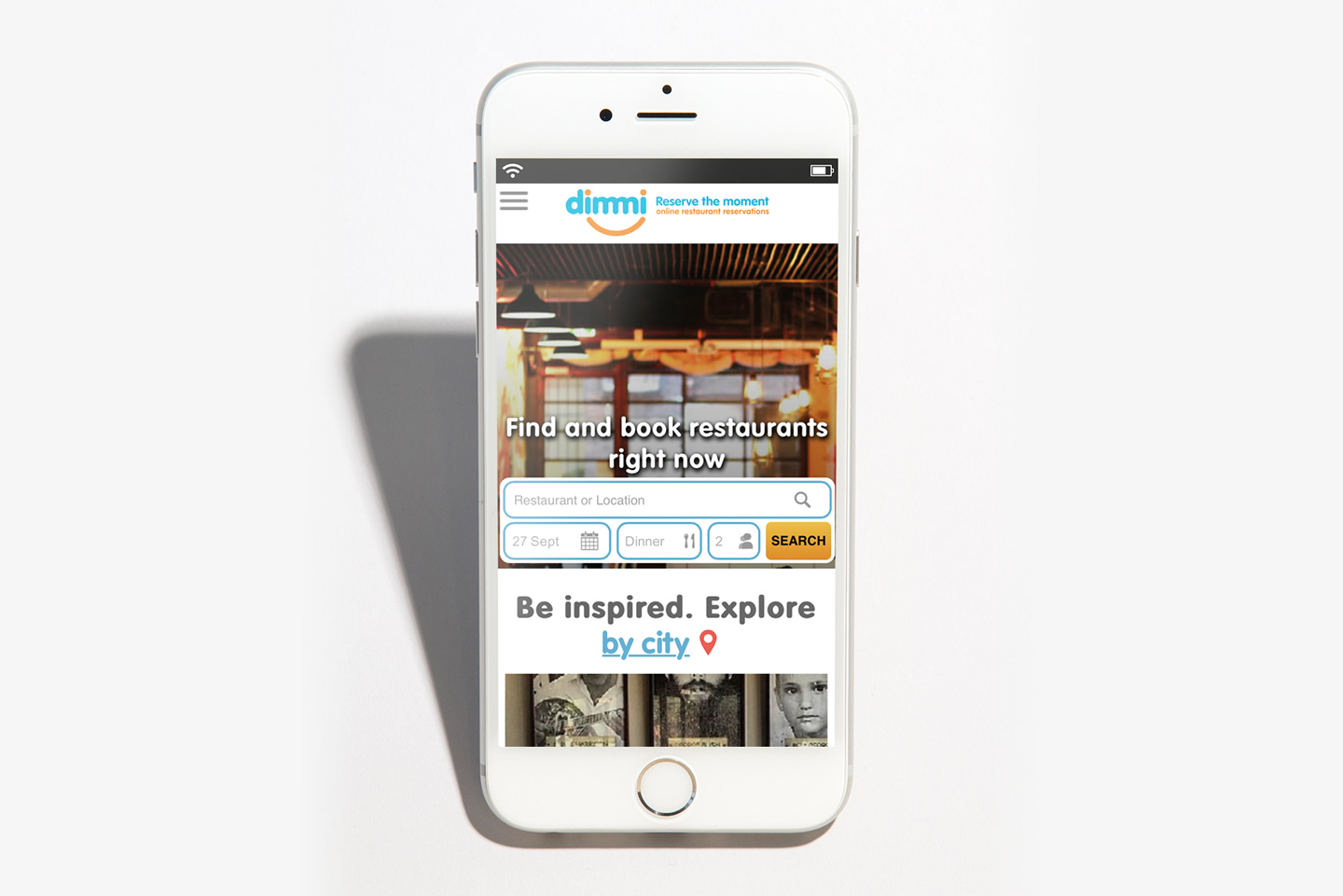